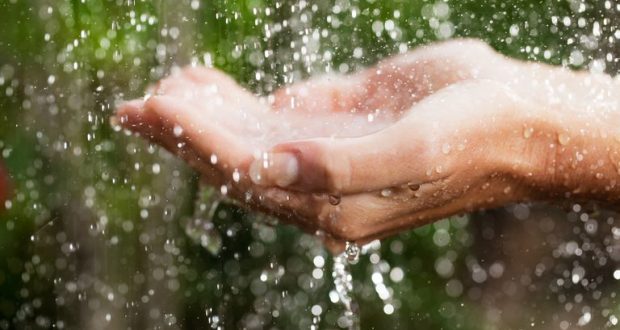 This Is What Is Going To Happen To Your Hands … Click Now!

I have received so many testimonies since then. One lady who had been believing God for a job for over 4 years, after operating under open heavens, suddenly she received two jobs. Both of these jobs are fighting for
her, since Tuesday the companies have been bidding on her. This is unusual. On top of that they are including other benefits, tomorrow she will hear their final offers. What they are offering is more than normal. And this is because of open heavens.

Another business man heard about it and sent in his prayer request and I dipped it. By Monday already miracles were taking place. There was a tender with the local government that he had applied for but had not gone through. On Monday it all went through. Child of God, that is open heavens.

The Bible tells us in Deuteronomy 28:12 that The Lord will open the heavens, the storehouse of his bounty, to send rain on your land in season and to bless all the work of your hands. You will lend to many nations but will borrow from none.

Child Of God, But what happens when you are operating under closed heavens? On Sunday God gave me a word on what happens when someone is operating under closed heavens. What you begin to experience
is famine and lack. The word famine means scarcity of food, depravation, shortage, lack, want, death, deficiency, shortfall, undersupply, scanty, drought, etc.

In the days when the judges ruled, there was a famine in the land. And a certain man of Bethlehem of Judah went to sojourn in the country of Moab, he, his wife, and his two sons. The man’s name was Elimelech and his wife’s name was Naomi and his two sons were named Mahlon [invalid] and Chilion [pining]; they were Ephrathites from Bethlehem of Judah. They went to the country of Moab and continued there. But Elimelech, who Naomi’s husband, died, and she was left with her two sons. And they took wives of the women of Moab; the name of the one was Orpah and the name of the other Ruth. They dwelt there about ten years; And Mahlon and Chilion died also, both of them, so the woman was bereft of her two sons and her husband.  Then she arose with her daughters-in-law to return from the country of Moab, for she had heard in Moab how the Lord had visited His people in giving them food. (Ruth 1:1-5)

You see, when I was praying God reminded me that faith comes by hearing and hearing the word of God. If you are asking yourself why is there shortage in my life, why is there scarcity in my relationships, why is
there deficiency in my finances, it’s because there is always undersupply in your life. Yes when I was praying for you, I saw that you have been marked with unavailability. You see, there are things that are necessary in order to guide your life. There are provisions you need to open up, to fulfil your dream, to fulfil the vision and desires of your heart. But I saw those provisions have been unavailable. And the reason why they’ve been unavailable is because you have been operating under opened heavens.

When I was praying for you the Lord revealed to me that there are some decisions you have made that have been orchestrated from hell in order to cause you to make the wrong move, to cost you your destiny. But in the name of Jesus, every decision you have made that have resulted into closed heavens over your life, today I break its powers, today I dismantle it in Jesus name.

In the days when the judges ruled, there was a famine in the land. And a certain man of Bethlehem of Judah went to sojourn in the country of Moab, he, his wife, and his two sons. (Ruth 1:1)

Bethlehem means the house of bread. This was the bread basket of the country. This was the place where people who needed bread or provisions, they would come to Bethlehem. I see in my spirit there was a time you used to flourish in different things but suddenly there was a famine. When there is a famine, it means the rain is no longer raining anymore, there is a scarcity and shortage of rain. In short, the heavens are closed. You have been operating under closed heavens.

Child Of God, When I was praying for you the Lord revealed to me that you are operating under closed heavens. When you operate under closed heavens there is death; you begin to lack. As a result of closed heavens, suddenly Naomi began to experience a shortage of husband; her husband died. Then her sons got married but had no children. She was deprived, undersupplied of children.

You see when you operate under closed heavens suddenly you begin to experience poverty and deficiency. When Naomi left Bethlehem she left rich, she left successful. But she came back with literally nothing. She thought if she left Judah because there was no rain, probably things could get better, but things only got worse.

I can see in my spirit you have been trying to change things but keep getting the same or worse results.
Yes, you keep experiencing lack, shortage, deficiency. This is because you are operating under closed heavens.

Naomi’s sons died and she was left with strangers. I see people that have been close to you, relationships died, communication died, and now the only people that can help you are strangers.

Naomi continued to suffer in the land of Moab where she was left with strangers. But the Bible tells us that she heard that the Lord had visited his people with food.

Yes, the Lord opened his heavens and brought rain, and as a result of that, people were able to plant their seeds and grow wheat.

The Lord has spoken to me, for every trouble you have gone through God is about to give you a double portion of favor. When Naomi got back she was so ashamed, she left with great substance but coming back she had nothing; she even had to try and find place to sleep. Ruth would go and work and whatever food she was given she would eat half and bring the rest back home to her mother.

Naomi left Bethlehem because of famine. She thought if she left Bethlehem and goes to another land, things would change but still the same misfortune followed her. Because when you operate under closed heavens, bad luck follows you. There will be scarcity of joy, scarcity of money, there will be lack, want, deficiency, under supply. Suddenly you cannot perform like before, you’re not thinking better than you used to. You are just limited. Poverty becomes a part of your life. By the time Naomi came back from Moab she was a beggar with no security, no children, and no husband.

But Naomi heard that the Lord had opened the heavens. She heard how God had visited his people.
Yes, you have heard it, the Lord has opened the heavens. God told me that on Sunday it’s going to rain. Suddenly the forecast changed and said it won’t rain anymore. But minutes before midnight, it began to rain, and the Lord told me to collect the rain water. Why rain water? Because it is coming from heaven. We did not collect it from the gutter. God told me to gather it in a special pool. It was dropping directly from heaven. When it is raining from heaven that is a symbol that the heavens are opened.

Child of God, Tonight in London is the Anointing of Hands Miracle Service. And the Lord has spoken to me that I must submerse your hands in this rain water. That is why I need you to send me all your prayer requests and the areas where you need to operate under open heavens. You must also send me a picture of your hands so that I can dip them into the rain water.

When I do that, God is going to bless the work of your hands. Yes, the Lord shall open unto you His good treasure according to Deuteronomy 28:12 and you will begin to operate under heavens. As I dip your hands into the rain water, every generational curse that have been following you and causing you operate under open heavens is going to break in Jesus name.

I want to send you this rain water for free, For Its free from Heaven. all what you need is to pay for Packing and postage with your gift seed of seed of £28 according to Deuteronomy 28:12. Will go along way to help us to help those who can’t afford . You can even give God a double portion of £56 or whatsoever you feel you can afford. But as you do that,  as token of appreciation I ’m going to send you a small bottle of this rain water, I’ve kept it aside just for you.
Yes you must have some of this for yourself as a point of contact for God to open your heavens. Child of God
don’t delay because this is happening tonight Friday at
9PM UK Time!

Praying for your Success,