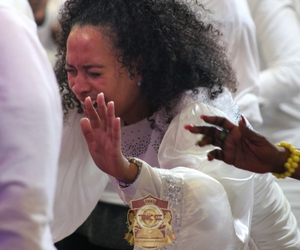 This Weekend I See The Hand of the Lord Revisiting Your Case A Second Time … Click Now To Submit Your Prayer Request for Frankincense Miracle Service!

THIS SUNDAY IS THE FIRST FRANKINCENSE MIRACLE SERVICE FOR 2019 ! HAVE YOU SUBMITTED YOUR PRAYER REQUEST YET?

Join us This Friday & Sunday For a Power Packed Double Portion Anointing Weekend of Healing, Deliverance & Miracles. This Feb 3 at 9AM is our Morning Glory Frankincense Miracle Service!

Dear Child Of God , as we are getting ready for the Second Frankincense Service of the year, my heart is full of hope and expectation for what God is about to do in your life. As I think back on all the testimonies that have taken place over the years; many have been healed from diabetes, back pain, and heaviness…others have received financial breakthrough as miraculous debt-cancellations have taken place…many others are being transformed spiritually as they witness real encounters of angels. And this is all available for you to take part in this weekend too!

We have begun the New Year in a Powerful way, and I believe so strongly that God wants to do something new in your life. Yes I believe as you take this opportunity to tap into the presence of God this weekend, you are about to experience your biggest breakthrough. Right now I’ve put my team on High Alert – that’s why I am sending out this email extra early to make sure you get it. For God has already spoken to me that something very special is going to take place this weekend and you can’t afford to miss it.

Yes as I was praying for you I heard in my spirit that the Lord shall lift up His hand a second time.

And in that day the Lord shall again lift up His hand a second time to recover (acquire and deliver) the remnant of His people (Isaiah 11:11)

Yes this weekend God led me lift up your Name and prayer request on Friday during our After Sunset Healing & Deliverance Service. And then I am going to raise it up for a second time on Sunday during our Frankincense Miracle Service.

Child Of God, as I raise up your prayer request before the Lord two times this weekend I want you to know that it is symbolic in Heaven. I see God revisiting your case. I see God paying extra attention to what is going on in your life. Yes I see a double portion of anointing filling your life this weekend. I see a double portion of healing in your life. Yes I see those areas of your life where they said the chapter is closed, God is going to open it up again. I see favors being restored to you. Yes I see new life coming to those areas that have been dead and dried up. Oh Yes, things are going to get good again.

Child of God, towards the end of last year, the Lord spoke to me that 2019 is the Year of Signs & Wonders. I want you to get ready for great things to happen. Already testimonies have been pouring in from the beginning of the month and I want you to experience the taste of Heaven on Earth that you have been longing for. Yes please read the testimonies below as encouragement on what you can experience this weekend as you prepare to submit your prayer request.

A woman’s grandson was sick in the hospital. When the doctors ran tests they diagnosed him with diabetes. But when this grandmother was told the news, she wrote the boys name down on her prayer request and brought it to the church. During the service when the frankincense was burning, she began to wave it back and forth in the smoke, believing God that He would answer her prayers and heal her family. Shortly after she received a call that the boy was feeling much better and when they ran further tests they were shocked to find there was so sign of diabetes in his body!

A woman was experiencing chronic back pain and the doctors were unable to provide any solution for her pain. She came to the service in so much pain but believed that God would heal her. As the frankincense was burning and the angels of God were orchestrating the healing miracles, the Prophet walked by her and laid his hands on her. Instantly she was healed of all pain. At the same time her son who lives abroad was violently sick and vomiting. She believed that the same healing that took place for her would take place for her son. She immediately rang him after the service to see how we was doing. He too had been completely healed!

A woman had been having a hard time in life ever since she was invited over to a friends place for dinner. She didn’t know that that the food had been cursed and was causing bad luck to appear in her life. But during the Frankincense Service as the smoke was burning, she began to see a vision and a voice which told her that she had been fed witchcraft and that is what was behind all her recent trouble. But now she was being released from that curse and is free.

An elderly woman who turned 70 in January wanted to throw herself a big party. Though the price of the hall alone was over £800 so she wrote it on her prayer request and waved it during the Frankincense Service as the smoke was rising. The next day she received a call from the hall to let her know they were reducing the price to just £300! After that she was looking for decorations and a woman offered to do it for free. Several others have already signed on to buy her dress and cakes for the party! (UPDATE: Last weekend, she had the party and it was amazing, it was beyond what you would think. You could see the Hand of God had done it for this woman)

Child Of God, there is something that happens when you wave your prayer through the frankincense.

And another angel came and stood over the altar. He had a golden censer, and he was given very much incense (fragrant spices and gums which exhale perfume when burned), that he might mingle it with the prayers of all the people of God (the saints) upon the golden altar before the throne. (Rev 8:3-5)

As you wave your prayer request before the Lord, the angels carry them up to heaven along with the incense before the throne of God. THIS IS WHY PEOPLE ARE EXPERIENCING EXTRAORDINARY MIRACLES! THIS IS THE SECRET INGREDIENT. AND THIS IS WHY I MUST HAVE YOUR PRAYER REQUEST WITH ME TO WAVE IT ON YOUR BEHALF SO THAT YOU CAN GET YOUR BREAKTHROUGH!

So now I need you to get yourself ready, for it is all happening this weekend. And you need to pay attention to these following instructions

Firstly, remember to wear white or something white, even if you are watching online from home.

Second, prayerfully prepare your 2nd prayer list, ( Yes Another One For Second Touch) you know how to do it, write down the things that you want God to do in your life (only positive things must be written on this list). For the angels will bring your requests directly to the throne room of God, whatever you ask for according to His will, it shall be granted.

And Third, I feel strong that You need to built God a Special altar this weekend. I saw in vision a special offering according to Isaiah 11:11. I feel in my spirit that you need to sow a double portion of £22.22 for a double touch Of God in your life during this Frankincense Service this weekend. (Remember your offering also helps offset the printing and administrative costs to make our programs available online for all our partners).

Your Miracle is Waiting @